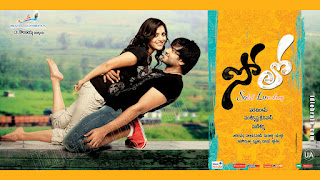 It's a simple thing but too many coincidences and too much of goodness had played spoiled sport in what could have been a fine script and a much better movie. To let you know of the positives, the idea was good, the cinematography at places was good and so was the acting by Srinivas Rao as our hero's friend, the setup and art direction were good too.

Now, for the negatives, its very rhetorically told and baldy conveyed. Acting is a big let down by our hero and heroine does not anything yet.  In fact our hero Nara Rohit did spoil by giving too many bland expressions at places where some reaction was expected. Comedy was neither natural nor great it was just a passing cloud, no great moments except by a few good ones by Srinivas Rao who is the silver lighting in this otherwise dull movie.

Music is a big let down and choreography too very un appealing. Now, if it comes down to writing, it could have been done many times better, why feel love in the first sight, take time and that will helps characters love. Very immature characters were shown when someone expected a little more maturity.  Cinematography is good at few outdoor locales else its mostly stereotypical and straight into the face.

Directionally its flawed and will appeal to that who cinema for passing time and is complete waste of time if we see it in theatre. The film is too long due to lack of judge

I am going with 2/5 for a movie thats average and I say it again, its written well but not done well. I just wish it had some better actors to do the roles.
Posted by Brad Dugg at 11:40 PM No comments: Links to this post 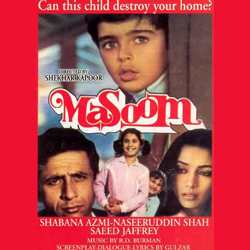 A tender depiction of an innocent mind, soul yet no so well executed.

Masoom (Innocent) brings up a tale of a boy who does not know his father. The father does not know that he has a son from an extra marital affair. Now in between this Father and Son is a family whom the Father DK (Nasseruddin Shah) married. There is Shabana as mother of 2 daughters who now has either  adopt him as a child or disown him.

Gulzar Saab who is extremely versatile and is great at subtleties has written this extremely competently and there is more of Gulzar in it than Shekar Kapur the director. The writing is so very nice that it merely needs a look through the eyes too convey what the scene means.

Extraction of acting from their actors which ideally is done by director, falls flat in this. Shekar Kapur for whom this was his first film did not extract enough emotions through his characters as he should have. Already two of Indias finest actors were cast as leads so most of the job was done and when it came to extraction acting from children , Shekar could not meet up with challenge. Those forced shivering or those bland expressions did not show that the boy was innocent but rather made it artificial.

This is not as great as it was told to me all through this years. The subject is beautiful but the depiction could have been far far better. Hail Gulzar for this more than Shekar Kapur.

It's better if I do not talk about technical departments for this movie as most of it were just in place as if to do their job for a salary and not passionately. Passion was missing technically for a subject that was passionately written.

Going with 3/5 for a good movie with a touching subject but the execution did not touch me so well. 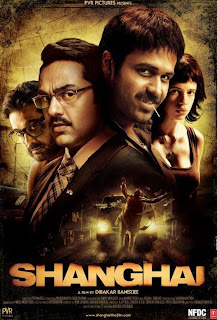 Huge disappointment for me as a fan of Dibakar Banerjee. Its shocking in a bad way.

There is a scene in the movie in which Ahmedi's wife makes IBP as the agenda, the very idea which her late husband fought against. Now is this satire, not sure but surely this is not comical and yet I was laughing the way it was shown. I was wondering what was good about this movie all through even at the end. How can this be hailed by movie critics as a superb film is what is baffling.

May be I am not on their side, but I am on the side of entertainment and this film truly did not entertain me in any way, neither is it shocking nor is appealing and least engaging. When I knew who had attempted a murder and who did it, why would I like it just to know how they caught the evidence for it. Abhay Deol was mostly murmuring throughout, Kalki has performed till date her worst, Emraan Hashmi is mis cast and Pitobash, Prosenjit just are characteristically confusing.

Kalki kisses Prosenjit who is married and has a wife and in-fact is his student and then also romances Emraan, Oh, so what do you I have to infer of such character. Many question marks are raised and I have not seen any answers anywhere. But the whole point is missed which is of putting a political satire on how men and issues will be used for their own empowerment by politicians. If thats the point, I surely think its waste of an effort.

Screenplay is misguided and editing is never even done, look at the song between Emraan and Kalki an you realize why. Cinematography, I am afraid was done with either HD SLR cams like 5D and that too with few frames shaky, an awful job it was done, its neither showing a dramatic face or is making it a documentary cut out. Sound design and Background score were also misleading. For a drama, we need to have loud music and mostly drum beats.

I will go with 1/5 for this movie. May others like it, but this is not for me. Sorry Dibakar but you disappointed me.

Posted by Brad Dugg at 10:51 PM No comments: Links to this post

Posted by Brad Dugg at 9:33 AM 4 comments: Links to this post

Posted by Brad Dugg at 1:33 PM 4 comments: Links to this post