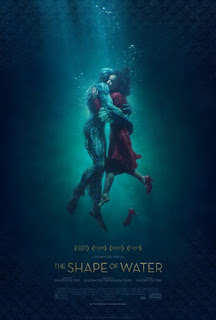 A beautiful fantasy love story that is as fluid as water itself.

The intrigue lies in the title itself. Does Water have shape? If not, then why the film is titled so? What has water got to do with a love story? Let’s pause for a while and indulge in watching this film. After the viewing, I am sure all the questions shall be answered.

Guillermo Del Toro is one of the few directions with a terrific imaginative power and the capability to weave those imaginations into a milieu of believable reality. At times, his visuals are more powerful than most of my dreams. His power of transpiring his vision into visuals is something that many directors feel envious about and I thank him because his vision has given a great visual treat in the form of “The Shape of Water”

This a fantasy love story and there is serenity in love. It’s unbelievable in physicality yet believable emotionally. I could understand why a mute girl could find love in a “creature” as against so many humans around. It is much deeper as I am thinking more about the film while I am writing about it and that’s the beauty.

Water has a lot of significance in the film and it symbolizes love making to an extent is what I strongly believe in the film. Eggs boil in water, then bathing in water, then drinking water and then cleaning with water, oh gosh, so many activities and indeed water is the source of life as they say in Spanish, “el agua la fuente de la vida” (Spanish is the directors native language).

Although, I got to know that film is a remake of a 1954 film “Creature from Black Lagoon” and the period of this film is set in the cold war of 1960’s, it’s theme I must say shall stand the test of time and this film needs patient viewing and I am sure all the viewers shall be rewarded unless who hates love itself.

Posted by Brad Dugg at 4:38 PM No comments: Links to this post 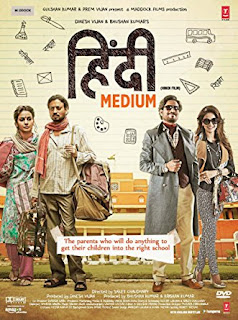 The terrific beginning paled out in the hurried ending.

I didn’t understand why a subtle film like this had to choose “Bhaashan” in the climax to make its point. I believe that the film could have explored other avenues to make its point. So, if I leave out the last 15-20 minutes which I felt was loud and over the top, the rest of the 100 odd minutes were delightful. There is a lot of drama that happens and the sarcasm was in the face and within the context. I liked the setting and the way the story was carried forward. The screenplay and dialogues deserve a lot of credit for this film.

The acting was top notch by the protagonists Irfan Khan and Saba Qamar. Irfan Khan proved once again why he is one the best actors in India. He stuck to the roles well that had to show variations as a rich man and a poor man who is struck in his core values and background. Also supporting cast was good and I take a special mention of Deepak Dobriyal who did a really good job.

The screenplay was fine and the dialogues were well written. The Delhi flavor was evident in the dialogues and their delivery by most of the cast. Also, this being an issue based film in school admissions, the tackling was done well until the end. I felt like the director didn’t know how to end the film and just hurried up a bit. I didn’t feel the climax to be organic and the speech fell out flat. Irfan Khan tried his best but he also couldn’t save himself from those paltry lines.

A 3/5 for a reasonably good watch.
Posted by Brad Dugg at 9:00 AM No comments: Links to this post 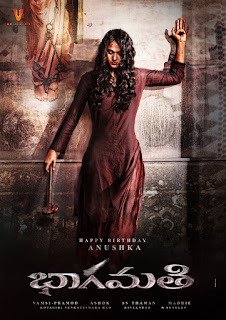 A good first half and a yawned climax made this film just watchable but it is Anushka’s performance that made us sit through the length of the film.

For all those expecting spine-chilling horrors, I warn that this is a mix of social drama and horror rather than a pure horror film. Most horror films revolve around a personal story and although for the most part, it seemed like it, once the truth unveiled, it became a social drama. The drama was shallow and did not have the depth to justify the horror and agony that the protagonist had been through all the while in the film.

The film was set in an abandoned mansion, a typical setup for a horror movie, the plot lacked originality and some characters lacked depth. The climax was more or less made up and the moment a man is shown as god-like, our doubts start triggering and the predictability killed the enthusiasm.

Yet another tailor-made and author-backed role for Anushka who is the soul of the movie. Her performance was genuine and she seemed to have understood the nuances of the script and delivered a memorable performance.

A 3/5 for the movie and I must say, the director did the right thing by waiting for Anushka to do this film.

Posted by Brad Dugg at 8:56 AM No comments: Links to this post