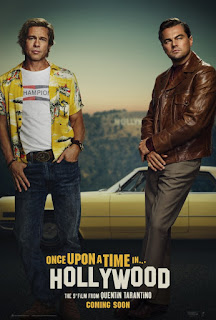 Tarantino is back to doing what he does best, taking time to build and end with a bang.

This is a Tarantino film and there is no doubt about that. The shot composition, the character development, the eccentricities within normal people and then there are guns and killings. This is a really well-made film nevertheless, but for an average filmgoer, it may turn as a tad slow affair as it takes a lot of time to build and eventually, it leaves the viewers on the edge.

The history is known as what happened to Sharon Tate (played by Margot Robbie) and who has done it. The notoriety of Charles Manson and his family is also known through various documentaries, yet I went to watch the film to see Tarantino's take on the history and boy he delivered in his own inimitable style. Like it or not, he made the film in his way and I salute his courage.

The film is structured with a few conversations that are terrific and memorable. Cliff Booth (Brad Pitt) paying a visit to Mason's family (the hippies), Rick Dalton (Leonardo DiCaprio) learning how to say his lines from a young girl, these stood out in my memory and perhaps enough feed through the film.

Technically, it's superlative, the art direction to construct the period of the 1960s. The cinematography that showed the whole world of the specific period and how the landscape was then. The music oh, I always loved Tarantino's choice of songs and this film is par. If at all, I had a problem it was with the editing, some episodes felt a bit longer than needed and a few just added to length without adding much to the narrative. Acting is supreme and it was wonderful to see Al Pacino, he was just fabulous.

It's definitely a good film that has an edge like any other Tarantino film. It's a different matter that I did not get that edge. Having said that, it's one of the better films of the year. A 3/5 for this.
Posted by Brad Dugg at 9:52 PM No comments:

The clouds hover as I speak
Over my head filled with thoughts
Of nothing but death and being weak
Come, be my angel, end my draught
Posted by Brad Dugg at 9:23 AM No comments: